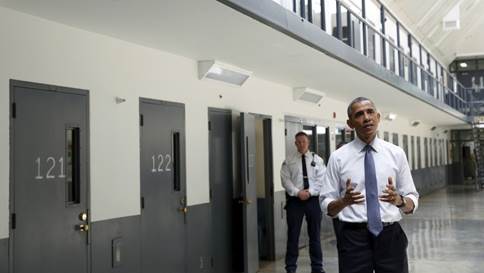 Harvey Silverglate: Would Obama recognize criminal justice reform if it stuck him in the eye?

This week’s panel on criminal justice reform, filmed at the White House and live-streamed on The Marshall Project’s website, had the potential to inform the public of the real and hidden problems that plague our state and federal justice systems. But the wrong people were invited to join Keller and the president, and the conversation suffered for it.

It is sometimes said by us criminal defense lawyers — with a dose of cynicism — that in the halls of justice, justice is often done in the halls.  Read more, click here!