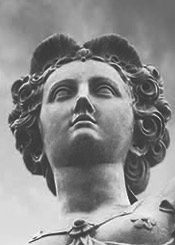 Robert J. McWhirter is a nationally and internationally known speaker and author on trial advocacy, immigration law, and the history of the bill of rights. He is a Certified Specialist in Criminal Law with the State Bar of Arizona and first chair qualified to defend capital cases by the Arizona Supreme Court.

Mr. McWhirter has extensively taught in Latin America on comparative criminal procedure and trail advocacy in Venezuela, Colombia, Mexico, Nicaragua, Ecuador, and Uruguay. He has been a visiting professor at the Catholic University of Chile and the University of Chile. In 2010-2011, Mr. McWhirter served in El Salvador administering an $11 million USAID project to reform the justice system where he successfully developed and oversaw programs and trainings for the Salvadoran courts, police, prosecutors, and public defenders. Mr. McWhirter still travels to Latin America, most recently in August 2013 on a lecture tour as a speaker grant recipient for the United States State Department and in Uruguay training prosecutors.

In 2009, Mr. McWhirter was named a Southwest Super Lawyer, a rare instance for a public defender. Mr. McWhirter is also the 2009 recipient of the Phoenix Saint Thomas More Award and the immediate past president of Arizona Attorney’s for Criminal Justice.