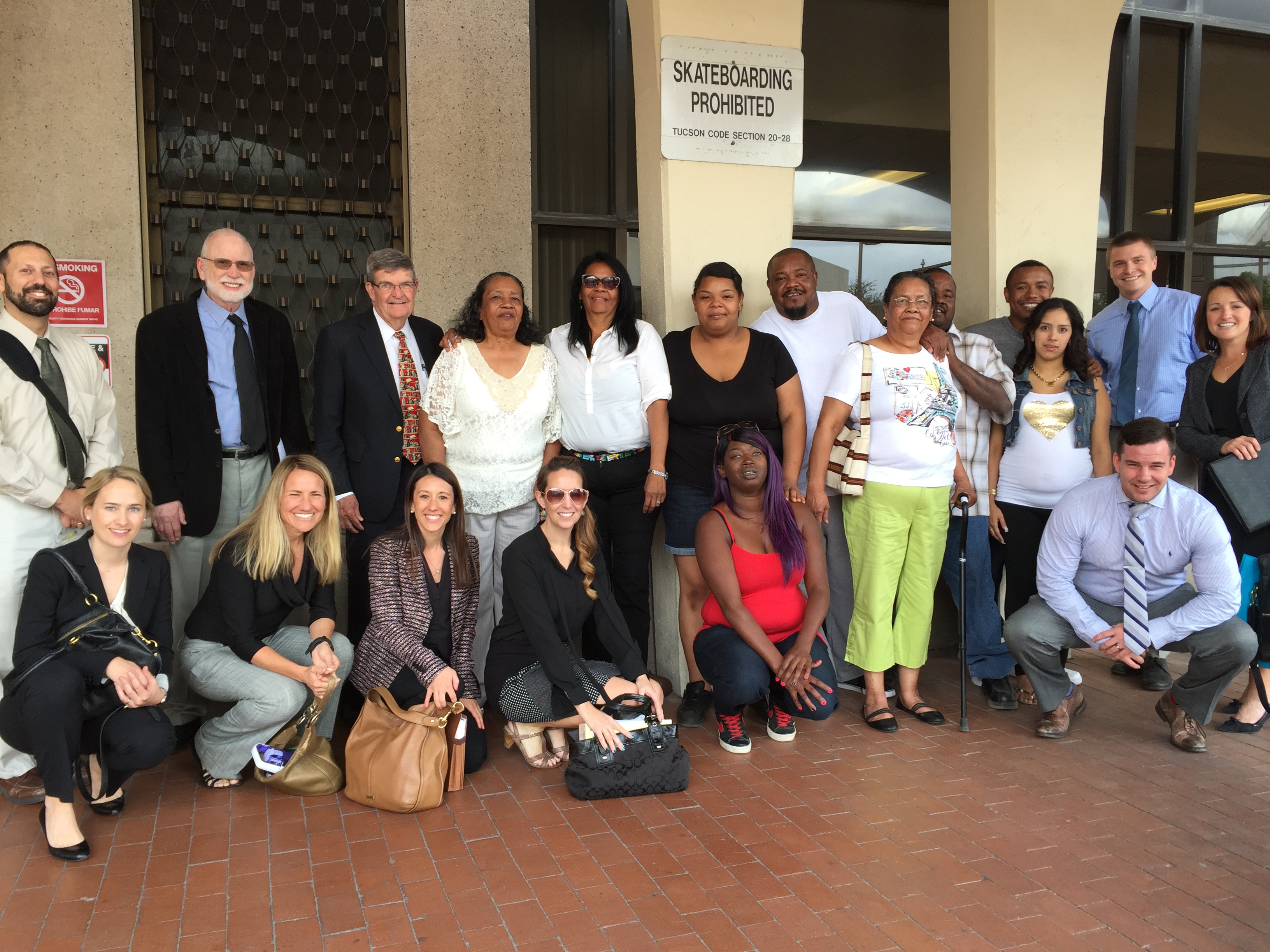 Eddie Collins has been a client of the Arizona Justice Project for more than 10 years. In 1973, Eddie was convicted of first degree felony murder and was sentenced to life in prison. Under the “Old Code” which was in place at the time, Eddie was not eligible for parole and was dependent solely on the clemency process to obtain relief. Eddie had obtained two unanimous recommendations for clemency, one in 2003 and one in 2006 – both denied by then Governor Napolitano. Eddie’s brother, the actual shooter, took a plea deal and served only 10 years. Eddie has now served nearly 43 years in prison for this offense.

Based on an agreement AJP reached with the Conviction Integrity Unit at the Pima County Attorney’s Office this year, a Pima County Judge agreed to apply a 1973 amendment to the sentencing code to Eddie making him automatically eligible for parole. His first parole hearing was in March of 2016. AJP Staff Attorneys, Kindra Fleming and Katie Puzauskas and UofA Law Professor, Andy Silverman represented Eddie before the Board. The victim’s widow supported Eddie’s release as did Rick Unklesbay from the Pima County Conviction Integrity Unit, which recognized this case as a manifest injustice. In a unanimous decision, the five-member Board voted for parole.

AJP would like to thank the many people who have worked on Eddie’s case over the years. This includes UofA Professor Andy Silverman and the law school students, ASU professor Zig Popko and the ASU Post Conviction Clinic.

Eddie’s next parole hearing, which will hopefully allow him to go home to his supportive family, will happen on October 12, 2016.

In addition to Eddie, there are 17 remaining “Old Code Lifers” in the system. Hopefully someday they, too, obtain parole eligibility.