Martin received his J.D. with a concentration in criminal litigation for Saint Louis University’s School of Law in 2019; he received his Bachelor of Art in Criminal Justice & Criminology from the University of Missouri—Kansas City.

Before joining the Arizona Justice Project, Martin worked primarily as a solo practitioner for his own firm, specializing in Missouri-based landlord-tenant law and criminal defense. Prior to his solo work, Martin worked for the not-for-profit legal organization Arch City Defenders in St. Louis, MO., where he provided direct service representation for indigent clients. While at Arch City Defenders, Martin developed an expungement program based on the latest version of Missouri’s revised expungement law.

During his time as a law student, Martin practiced as a supervised law student with the criminal defense clinic and the civil litigation clinic of Saint Louis University. He also interned with the Missouri State Public Defenders, the Miami-Dade States Attorney Office, and for the 11th Judicial Circuit of Miami, FL., with Judge Abby Cynamon as part of the ABA Judicial Internship Opportunity Program.

Lenna, our Program Administrative Coordinator, joined the Arizona Justice Project in August 2021. Prior to joining AJP, Lenna worked in the private sector for many years. She is an Arizona native and enjoys spending time with family and friends, reading and traveling.

Jasmine joined the Arizona Justice Project in July 2021. Prior to joining AJP, Jasmine worked in the nonprofit sector for five years, mainly with a focus on homelessness and housing. Jasmine is an Arizona native who frequently volunteers and is actively involved in her community.

Randy McDonald is the Director of the Post-Conviction Clinic at the Sandra Day O’Connor College of Law. He graduated in 2014 from the Harvard Law School.

After law school, Randy clerked for Chief Justice Scott Bales on the Arizona Supreme Court. He then went on to Osborn Maledon, where he was mentored by Justice Project founder Larry Hammond. He has most recently worked at Perkins Coie. During his time in private practice, he specialized in complex commercial litigation, but he also developed a sizable pro bono practice representing indigent criminal defendants on direct appeal, in post-conviction proceedings, and in civil rights claims. He has argued a number of cases in state and federal courts of appeal, including Chaparro v. Shinn, in which the Arizona Supreme Court unanimously held that a Justice Project client was entitled to parole eligibility in spite of Arizona’s purported abolition of parole in 1994.

In his free time Randy enjoys running half marathons, eating tacos, and watching baseball, though not necessarily in that order.

Brandon Leinz received his J.D. from Notre Dame Law School (NDLS) in 2020. He started volunteering on wrongful conviction cases starting in his first year and enrolled in NDLS’s Wrongful Conviction Externship every semester since its inception in the fall of 2018. He also served as the Vice President of Litigation for the Notre Dame Exoneration Project where he oversaw the intake process for individuals requesting assistance from the new project. Prior to law school Brandon graduated with honors from University of California, Los Angeles with a B.A. in Political Science.

In his final year at NDLS Brandon was awarded the Thomas L. Shaffer Public Interest Fellowship by the school to work to free wrongfully convicted or unjustly imprisoned women. The fellowship is named in honor of Thomas L. Shaffer ’61 J.D., who was a longtime faculty member and former dean at NDLS who was a supervising attorney in the Notre Dame Legal Aid Clinic, guiding the legal practice of law students who serve underprivileged people in the South Bend area.

Tansha Harrell graduated from Arizona State University with her master’s degree in Social Work. Tansha is the social work director for the Arizona Justice Project, and her work focuses on supporting the reentry process for those who have been wrongfully convicted, received excessive sentences, and those who have experienced manifest injustice. In her role, she also supervises groups of student interns and partners with the post-conviction clinic at Arizona State University. In her capacity, she and her team often speak before the Arizona Board of Executive Clemency in support of clients during their post-conviction hearings.

Tansha is a community activist, an advocate for justice and a voice for the voiceless. These actions pair well with the work she does for the Arizona Justice Project.“Working as a social worker is one of the most humbling and rewarding experiences in my life! There are many people who have been wrongfully convicted of crimes or are victims of manifest injustice. Without our service and support, many will not have the opportunity to prove their innocence or successfully re-acclimate back into society.

“My humanity is bound up in yours, for we can only be human together.”

“You are where you are today because you stand on somebody’s shoulders. And wherever you are heading, you cannot get there by yourself. If you stand on the shoulders of others, you have a reciprocal responsibility to live your life so that others may stand on your shoulders. It’s the quid pro quo of life. We exist temporarily through what we take, but we live forever through what we give.”

Karen Smith is an experienced post-conviction defense attorney and has represented indigent clients who have been wrongly served by society and the criminal justice system for over a decade. Before she began as a staff attorney with the Arizona Justice Project in 2019, Karen worked as an Assistant Federal Public Defender in the Capital Habeas Unit of the Office of the Federal Public Defender for the District of Arizona. There, she represented death-sentenced clients in federal and state habeas proceedings in Arizona and Nevada. In 2017, Karen was fortunate to greet one of her capital clients, Ha’im Sharif, when he was released from prison after serving twenty-nine years on death row for a crime he did not commit.

Karen graduated from Harvard Law School in 2009, where she served as Executive Editor of the Civil Rights – Civil Liberties Law Review. Following law school, she clerked for Judge James S. Gwin on the U.S. District Court for the Northern District of Ohio. She then spent several years as a litigator at Sidley Austin in Washington, D.C., where she maintained a significant pro bono practice representing indigent defendants in post-conviction criminal proceedings in federal and state courts around the country, including the U.S. Supreme Court. Prior to moving to Arizona, Karen was also an appellate attorney at the Legal Aid Society of D.C. and an attorney in the General Counsel’s Office of the Federal Trade Commission. 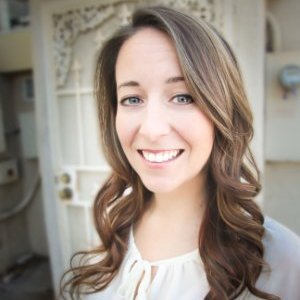 Lindsay Herf is the Executive Director for the Arizona Justice Project (AJP). Lindsay’s legal work has focused on post-conviction litigation in state and federal court and representation of clients before the Arizona Board of Executive Clemency.  Lindsay began innocence work as a law student in the California Innocence Project and started her legal career with the AJP in 2008 working on cases where DNA testing could resolve a claim of innocence. She worked in Washington D.C. on the FBI Hair Microscopy Review Program and taught at the Univ. of Arizona Wrongful Conviction Clinic. She serves on the Innocence Network Executive Board and spends her free time swimming at the Phoenix Swim Club or running miles down the streets of Phoenix.