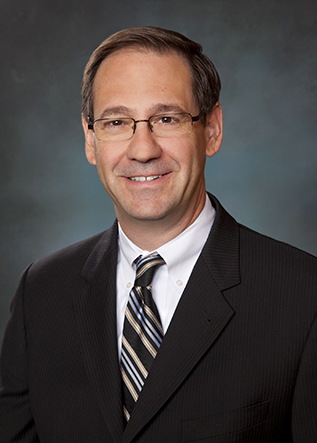 Jordan Green is of counsel at Perkins Coie in the firm’s Litigation practice and focuses his practice on white collar criminal defense, corporate compliance, internal investigations and commercial litigation. Jordan has represented individuals and businesses in governmental investigations relating to tax, the environment, OSHA, MSHA, securities, mail and wire fraud, antitrust, the Foreign Corrupt Practices Act, government contracting, immigration and political contributions. He has authored corporate compliance plans for private and public corporations. He is a Fellow of the American College of Trial Lawyers and of the International Academy of Trial Lawyers.

John Canby has been a Board Member since 2012. John is a graduate of Oberlin College and Arizona State University College of Law. He currently serves as Capital Resource Counsel at the Maricopa County Public Defender’s Office He was President of Arizona Attorneys For Criminal Justice in 2012 and is currently President of the Board of the Arizona Capital Representation Project.

Holding strong to her passion for community, she is an active board member for the Arizona Justice Project, a 20+ year member of Alpha Kappa Alpha Sorority, Inc., active alum with Valley Leadership and Girl Scouts, and supporter and volunteer for several other community groups. Katia spends quality time with her husband, two children and extended family exploring new local restaurants and shops, watching sports, and engaging in random dance-offs.

Noel Fidel received his A.B. from Dartmouth College in 1966, his J.D. from Harvard Law School in 1969, and an LL.M. in Judicial Process from the University of Virginia in 1991. He came to Arizona in 1969 as a VISTA Volunteer Attorney, and in 1970-71, as a Robert F. Kennedy Fellow, served as the first full-time Arizona lawyer for the United Farm Workers and their Farm Worker Service Center. Fidel was a member of the Superior Court in Maricopa County from 1982-87 and of Division One of the Arizona Court of Appeals from 1987-2002. During his tenure on those courts, he served as the Superior Court’s Civil Presiding Judge, as Division One’s Chief Judge, and as Chairman of the Commission on Judicial Conduct.

In 2002 – 03, Fidel became the Merriam Distinguished Professor of Law at ASU’s Sandra Day O’Connor College of Law. He remained at the College of Law for six years, teaching first year torts and statutory interpretation each year, as well as serving as Associate Dean from 2003-08. He has now returned to private practice, engaging in appellate practice and consulting, arbitration, and mediation. Fidel is a past board chairman of Chicanos por la Causa, Inc., and past board president of the Florence Immigrant and Refugee Rights Project. His website is at www.noelfidel-law.com.

Lee is an accomplished trial lawyer who represents Fortune 500 companies and individuals in sensitive internal investigations and criminal prosecutions in both federal and state courts. Lee has seen nearly every imaginable white collar issue, including SEC investigations, environmental and wildlife prosecutions, fraud cases and public corruption matters. An area of emphasis for Lee over the last 5 years has been advising clients on compliance with the Foreign Corrupt Practices Act. He has handled FCPA investigations all over the world and has resolved those matters when necessary with the Department of Justice and the Securities and Exchange Commission.

Lee is a frequent speaker on white collar issues. He has trained corporate investigators on conducting internal investigations, appeared on panels on the FCPA and other white collar issues, and spoken to in-house counsel on ethical issues in internal investigations. He has also taught classes at the University of Arizona and Arizona State University law schools on corporate criminal issues and the lawyering process. Lee graduated magna cum laude from the Sandra Day O’Connor College of Law at Arizona State University, where he was elected to the Order of the Coif and served as Editor-in- Chief of the Law Review. Following his law school graduation, Lee served as a law clerk to Arizona Supreme Court Justice James Moeller. 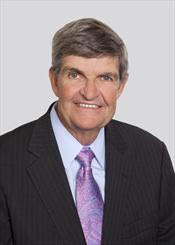 Larry Hammond is the most senior member of the Firm Osborn Maledon, and the Firm’s investigations and criminal defense group.   Larry’s practice, for many years, has focused primarily on criminal defense – both white collar and general criminal representation.  He has also been extensively involved in complex civil litigation.

Larry came to the predecessor of this Firm in 1974, after clerkships on the United States Court of Appeals for the District of Columbia, two Supreme Court Clerkships (for Justice Hugo L. Black and Lewis F. Powell, Jr.), and after serving as Assistant Watergate Special Prosecutor.  Shortly after his arrival in Arizona, however, he left and spent the next four years as the First Deputy Assistant Attorney General in the Office of Legal Counsel at the Department of Justice.  At the end of the Carter Administration, he returned to Osborn Maledon and has remained here since.

Larry is often known best for his work in very high profile criminal cases, including his extensive work on behalf of the indigent defense community.  He is a founder of the Arizona Justice Project, serving as its President for the last 20 years.  He also helped found the Arizona Capital Representation Project to assist inmates charged or convicted of capital crimes, and has served as the Chair of the State Bar’s Indigent Defense Task Force since its creation 20 years ago.   He also served as President of the American Judicature Society – an organization devoted to improving the administration of justice in America.

Over his career, Larry has tried many cases – both civil and criminal.  He was inducted into the American College of Trial Lawyers in 2013.  In that same year, he received the highest career litigation award given by the American Bar Association.  When asked about other awards he has received, Larry has often said that he takes the greatest pleasure from his receipt in 1980 of the Department of Justice’s Exceptional Service Award – the highest award given by the Justice Department – an award presented to him by then Attorney General Benjamin J. Civiletti.

Larry takes special pleasure in working with the extraordinary team of lawyers and professionals in Osborn Maledon’s investigation and criminal defense practice, and is actively engaged in the work of the Arizona Justice Project.