Metropolitan Arts Institute is a private charter High School focused on the arts.  The School’s filmmaking classes produced the top two winners of StudentCam 2016 for the Western region.

Mock-Zubia and her partner in the project, Sophia Taglienti, wrote, shot and edited a documentary titled Rethinking Reform: Prisons in America.  The film explores the issue of overcrowding in the United States prison system.

“I think we wanted to get the message across that this is a crisis that’s happening in the United States—this mass incarceration—and the war on drugs is something that is ruining our country and I think it should be talked about more than it is.” Mock-Zubia said. 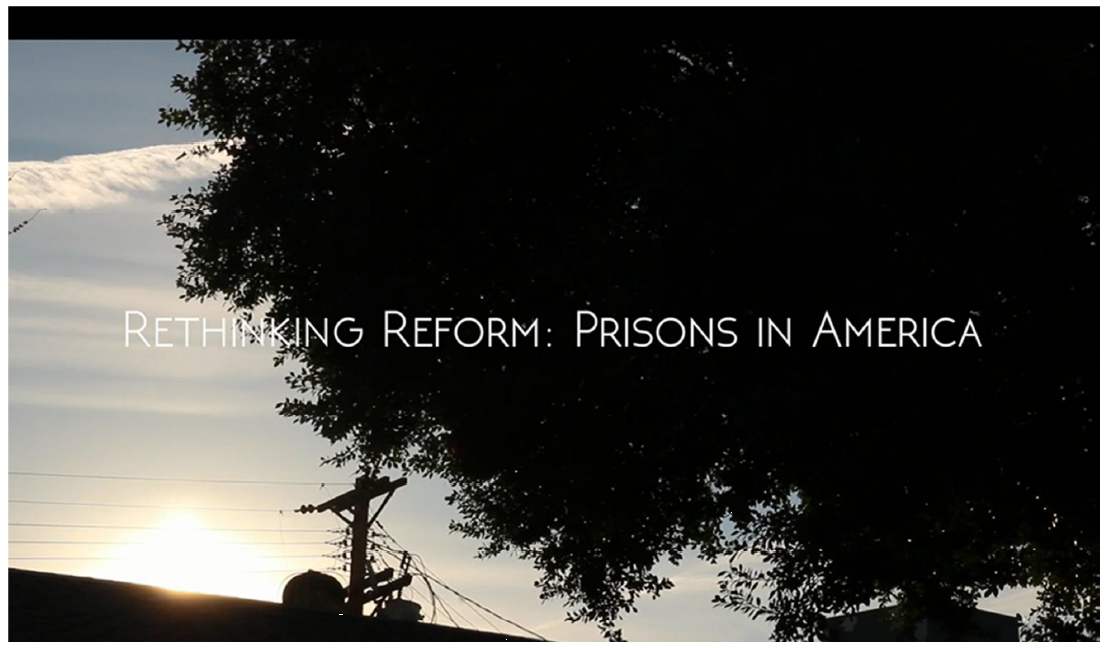 “Under the Obama Administration, the Department of Justice has taken major steps to make our criminal justice system more fair, more efficient, and more effective at reducing recidivism and helping formerly incarcerated individuals contribute to their communities. An important part of that task is preparing those who have paid their debt to society for substantive opportunities beyond the prison gates, and addressing obstacles to successful reentry that too many returning citizens encounter.”
Read more: https://www.justice.gov/opa/blog/national-reentry-week

Come listen to live music performed by Salvador Duran and Carlos Azarte, and meet exonerees Khalil Rushdan and Eddie Lowery.  The doors open at 6:00 p.m. and we expect to keep things rocking and rolling until 9pm.  No cover charge, but donations to the project are welcomed! 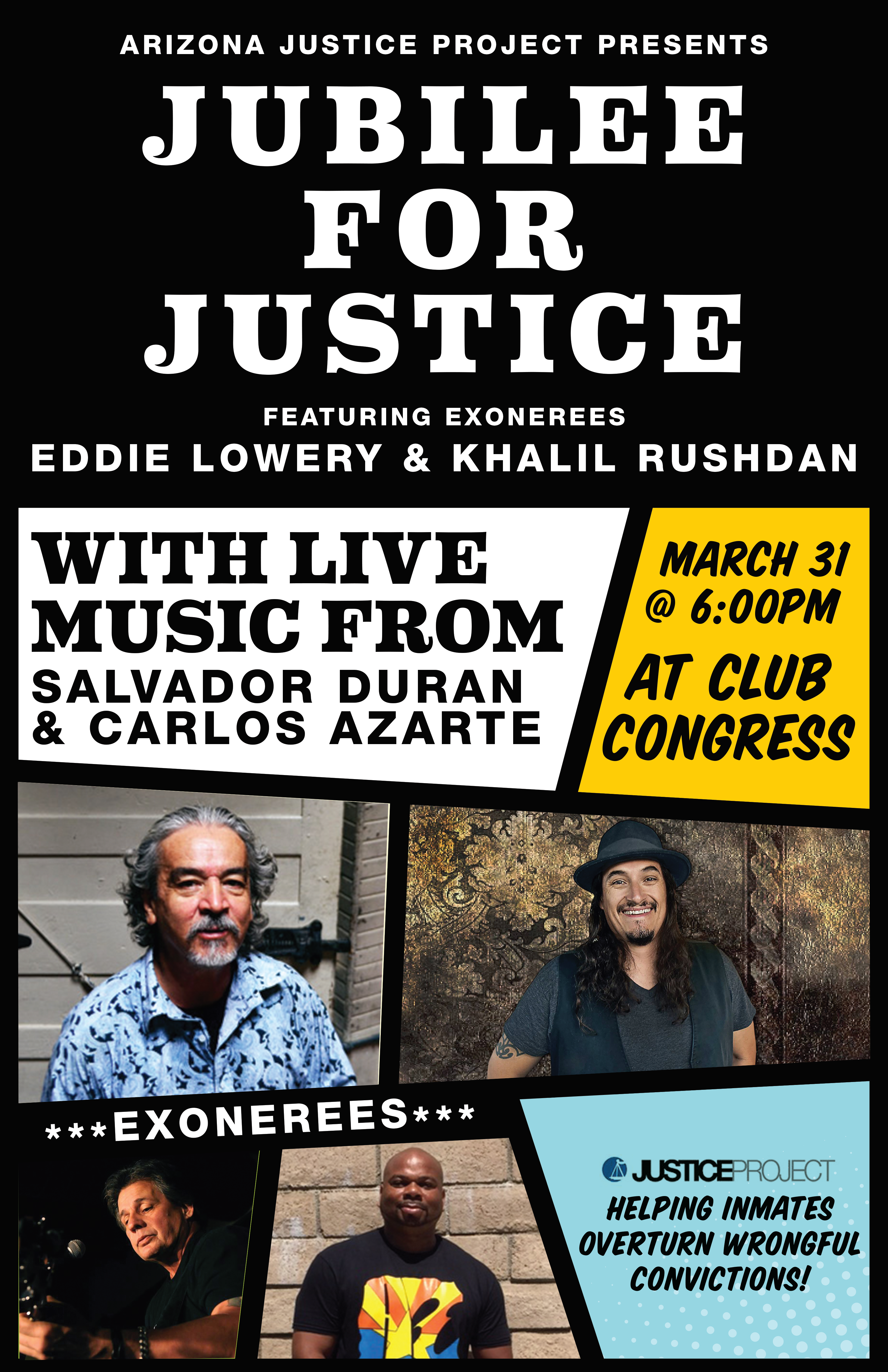 For 12 years, Drayton Witt passed his days behind bars, surrounded by rapists, murderers and convicts. Over the course of a decade, Witt insisted he was not guilty despite a murder conviction for killing his four-month old son.

It turned out he was right. Four years ago, he was freed from prison, his conviction dismissed and his release one of many secured by the Arizona Justice Project.

The project has represented more than 50 inmates, with success in 24 of them. Last year, they received 350 letters asking for assistance.

According to the National Registry of Exonerations, a record 149 inmates were exonerated across the country in 2015 – most of who had been imprisoned an average of 14.5 years.

“We as society have learned a lot from these cases about the causes of wrongful convictions and the ways to prevent them from happening in the first place,” said Larry Hammond, the founder and president of the Arizona Justice Project.